aeGFvQW9Bc2xrVmh5RDdzQ2s5TVNpbG9Bb0FzQ0Q0b3FlN01GWDd0cWNqSVNqS2h4Y0ZUcTVlUlhHdQ==
You can join our Telegram Channel to get latest updates first before anyone JOIN! 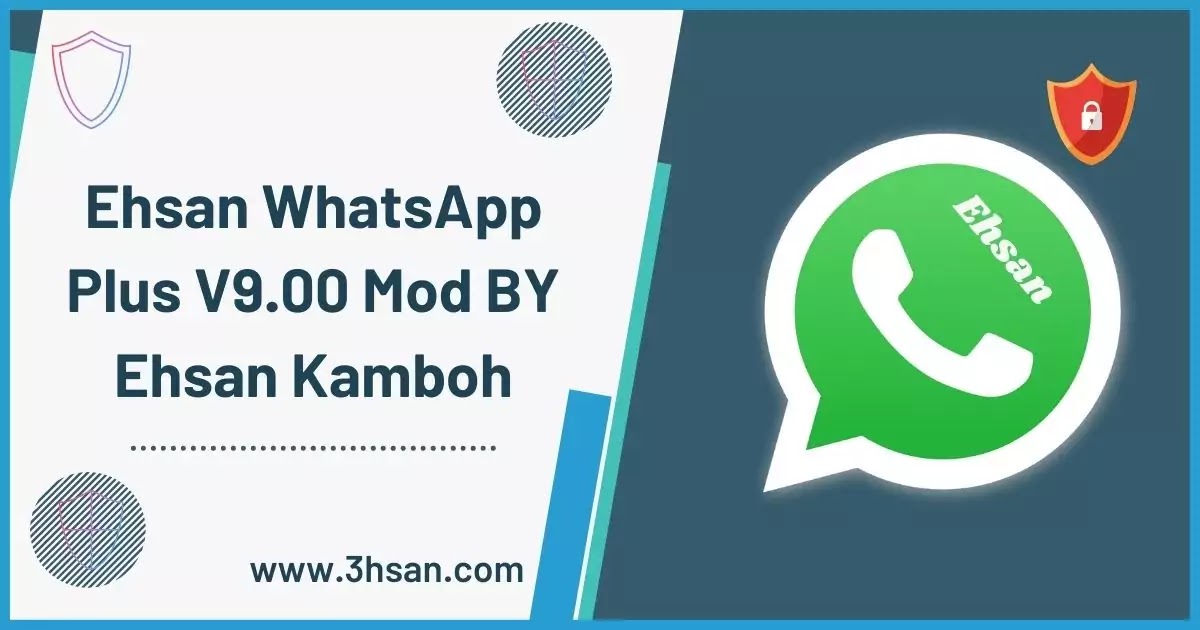 Ehsan WhatsApp Plus APK is one of the best Mod Copy of the Official WhatsApp. It comes with lots of amazing features that you won't see before in any Modded WhatsApp. The most popular feature of EhsanWA is it is totally anti-ban and antivirus. You can save Statuses and Privacy Enhancements such as other Mod WhatsApp.

They would not be able to track you what are you going to do or anything. I brought a new update of it today for you. I will explain here, what are the new features of Ehsan WhatsApp Plus and how to use these features also. I will give some video tutorials of these features below this article.

I received so many messages and requests from my users to implement new features and fix the existing features. I am glad to hear their messages and replying to them made me so happy. I just want to say sorry to those to whom I can not reply as soon as they need.

I made so many changes in the current version. I tried to add a navigation bar on social media with the new elegant design. once I have already added this but due to some requests, I replaced it with a DRAWER. it is very helpful for Huawei mobile phone users. Now they can download and install very important applications available on www.3hsan.com

What's New in WhatsApp Plus?

I have added a new mp3 music player so that users have no need to download any extra player to play their favorite songs. you can now play songs within the application.

I have added a new card view effect for chats or conversations on the home screen as a default.

WARNING ⚠ for the old Android version users, their WhatsApp might crash, please click on the "Plus Settings > Home > Rows > Select Any style rather than the stock if your WhatsApp will crash before displaying the home screen of the WhatsApp.

I have added the inside the conversation bomb feature as similar to the abo2dam. before many users requested me to add this bomb function. now you can click on the hand emoji and send one message at once on each click.

Many of the users encountered an issue that they lost the old chats while installing the update name v8.00, I really apologize for this issue. Actually, I tried to work for the fouad users because they requested me to work for them also. so I just uploaded one application and forget to add the download link for my own EhsanWhatsAppPlus users of 3hsan.com

Download Ehsan WhatsApp Plus V9.00 [Latest] Alternative to the official

Post a Comment
Please Give Your Feedback, help others how was your experience? Your suggestions will be highly appreciated. we did not store your personal information..!