we are updating our website and improving the user experience. hopefully you will understand. JOIN

What is Dark Web? Is that Dangerous or Else? Myths of Dark Web

The Reality of the Dark Web, the Terrible Evil World of the Internet? Complete information In this article we will explain it in detail...

The Reality of the Dark Web, the Terrible Evil World of the Internet? Complete information In this article we will explain it in detail.

We will reveal some of the myths about the Dark Web and tell the reality. How can a normal person protect himself and those around him from all these dangers now and in the future?

What is Dark Web? Is that Dangerous or Else? Myths of Dark Web

Peace, mercy and blessings be upon you. 👍I am very grateful to all my friends for visiting my EhsanWAPlus website. As you all know, we always offer a variety of technology related posts for all of you. And you not only benefit from reading each of our new informative articles, but also from sharing this article with each other and playing your important role in spreading the information to others, which makes us very happy, it is the best strategy.

What is the surface that we are going to talk about today to all our readers? What is the Deep and Dark Web? We believe that every person who uses the Internet should be aware of all the things that could harm them in the future. Today, we are going to introduce the internet world which most of the people are ignorant of, that is why some simple people get into trouble because of ignorance.

Today we are going to tell you all the myths about the Dark Web and introduce you to the reality so that you can better correct your negative perceptions about the Third World of the Internet, that is, the Dark Web. ✔What are these three types of internet? How do they work? How do they interfere with normal life? Before knowing all these facts, we have to understand through the example of mankind. Because if we divide humanity into three groups, it will probably be easier for an ordinary person to understand all this information.

What is Surface Web?

✔There are many people at number one in the world (Surface web users). These millions have nothing to do with, what is happening in the world?. The type of crimes happening around them has nothing to do with them. They use the Surface Web, the part of the Internet that can be accessed in real life, including Google, YouTube, Facebook, Yahoo, Twitter, and shopping websites.

Rules are made to control these people, genealogies are established. There are many forces on the Surface Web that control such users. There are billions of users who use a specific part of the Internet called the Surface Web.

What is Deep Web?

🌍The second type of people is very few in number. They control the first type of clients, that is, surface users. These are multinational companies, there are big banks, they are global financial institutions, they are powerful types of rulers, and they are intelligence agencies. These are the law enforcement agencies, these are the most powerful people in the world, these people control people all over the world, and these are the people who make the policies and follow them themselves. People follow too. These people need a system to fulfill all these responsibilities. The place where the system or part of the Internet that serves such users exists is called the Deep Web.

The Deep Web is a specific area of large websites that process banking transaction intelligence reports and confidential emails through the Deep Web.

For example, what do you talk about with your friends on Facebook? Ordinary people cannot access this information. But Facebook itself is a system and all the data from this system is available on the deep web which is used by the Facebook company itself and some of it is also sold to other companies to run ad campaigns.

What is the Dark Web?

⚡There is a special part of the Internet where users make their own rules and break them on their own. This is called the Dark Web.They challenge the existing system and establish their own rule in race of the real rule. It is used by people who have nothing to do with the first two types (Surface Web and Deep Web). In the old days, pirates, also called Kazakhs, were the looters who robbed the common people inside oceans. These pirates are called dons of the underworld in modern times. These are the people who are criminals. They have their own world.They never follow any rule created for normal person.

The Dark Web is different from the first two above types. This kind of people need a safe place that neither the Surface Web nor the Deep Web can provide, which means that if these users commit a crime using the Surface Web, they will be caught, and even if they do use deep web, they can still be caught. . That is why those people created their own separate system that they live in and this system is called the Dark Web. On the Dark Web, criminals have their own websites, which they use to track down perpetrators.

✔Not all information on the Dark Web is indexed by any search engine, including Google. In no way do I want to convey that I recommend that the mother be inactive. There are certain types of browsers used to access the Dark Web that the average person is completely unaware of.

Those who count the Dark Web in a very dangerous way claim that much of the Internet exists in the Internet world in the form of the Dark Web. These are all made up stories that are hyped to get views on YouTube.

Some people have described the Dark Web in a very strange way that has nothing to do with reality. I'm not saying that the Dark Web is great or that there's nothing wrong with it, but what today's so-called tech experts say is not true. Some YouTube so called technology experts say that only criminal elements are found on the Dark Web or that people use them to commit crimes.

Today we tell you what the Dark Web is. Is the Dark Web really dangerous or something? Everything is explained in detail so that any common man can get to know it better. The use of the Dark Web is not a legal crime, as long as no crime is committed.

To the best of my knowledge, I have stated all information word by word. My goal is not to promote any kind of illegal activity, but to make the world aware of the fact and I consider it my most important duty. There are many cheap experts on YouTube who give their own details that have nothing to do with reality.

Many hackers are active 24 hours a day so that a simple person can share his sensitive information with someone and can get it to change it and do harm. In such cases, the Dark Web is the only means by which one can pass their information to others safely without any threat.

إرسال تعليق
Please Give Your Feedback, help others how was your experience? Your suggestions will be highly appreciated. we did not store your personal information..! 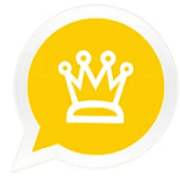 We serve cookies on this site to analyze traffic, remember your preferences, and optimize your experience.