Eight Features of WhatsApp that differentiate from Other Apps

Here we will tell you about the features of WhatsApp that make it different from other social media app. These are the best features that may not be available on other social networks. We hope that if you have any confusion about WhatsApp and its scope, we believe that today it will be solved through this content.

WhatsApp is a social networking app available for Android, iOS, and desktop. You can download WhatsApp according to the operating system, if you want to download Whatsapp for Android, you need to have an account in Google Play Store, just type "WhatsApp" in the search box and install it. the process is the same with other os WhatsApp for ios go to the "app store" and for desktop go to the Microsoft store if you want to enjoy WhatsApp on windows os though you can use google or WhatsApp website .com to download it for your operating system. There is no Android smartphone that does not use WhatsApp in 2023. There are more than 5B downloads and users on the Google Play Store. Apart from this, most of the users are using modded copies of WhatsApp like WhatsApp Gold Apk, GBWhatsApp App, and YOWhatsApp APK as well.

Features of WhatsApp in detail:-

Supporting multiple devices at once helps users to use one account on different devices for company managers, secretaries, and employees. this feature is very useful if you have a laptop, you can log in to WhatsApp on your laptop using a QR code.

Different apps allow their users to chat live with their friends and family using contacts and a friends list, but they haven't promised to make sure your conversations are secret. But WhatsApp claims that your calls, texts, media files, and voice memos are totally safe and the security system that makes its promise come true is "End-to-End Encryption". This system is totally secure in 2023, which guarantees that you do not have to worry about the privacy and security of your conversations and calls.

There was gossip only that they were spreading some of WhatsApp's competitors saying WhatsApp is stealing WhatsApp users' data but now as of November 2022 I haven't heard any news or exposed information against WhatsApp as they are stealing the data of the users. or share the different pieces of information stored, such as locations, media files, or anything else that is harmful to any device. 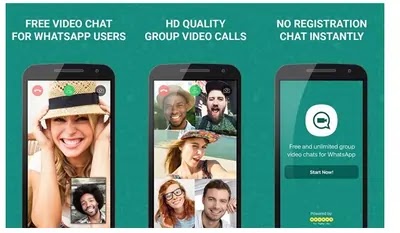 Whatsapp app allows its users to make calls including video chats and voice chats worldwide for free without paying any charges, WhatsApp promises its users that calls are 100% safe and secure under end to end encryption system which means whatever you do on WhatsApp is totally hidden that means no one could be able to hear your calls what did you says or what did you do on calls. Only WhatsApp calls are listened to by the caller and the recipient no one outside can hear them not even WhatsApp.

To make calls with multiple contacts, WhatsApp offers an option to add up to 8 people in a call, either a video call or an audio call at a time. This call can be made both in individual contacts and in WhatsApp groups. Whatsapp also added a new option a few days ago where users can create a link and share it with others to join their calls.

Whatsapp is a very wide application that offers various features. One of the most important and special features of WhatsApp is the sending of "Voice Message", which allows users to send their messages in the form of their own voice. WhatsApp voice messaging allows you to instantly communicate with contacts and groups. You can use it to deliver important and urgent information. As such, all voice messages are downloaded automatically.

This feature is really important for those who cannot write messages. they have to press and hold the "microphone icon" button at the bottom right to record the voice message and share it with groups and individual contacts.

The Voice Message feature has been recently updated, where users can play voice messages in the background and minimize and maximize voice playback speeds. Users can also preview voice messages before sharing/sending them to contacts.

WhatsApp is a very safe and secure application which makes it a more useful app. WhatsApp is the #1 app for free on android application.WhatsApp is relatively secure thanks to end-to-end encryption on all chats, making it a highly secure messaging app. If you don't encrypt your WhatsApp backup, your WhatsApp data is at risk. You can activate it with just a few taps.

Whatsapp allows users to block contact which makes it easy for users to detect strangers/strangers if they bother you. with this they will not be able to add you in WhatsApp groups and private chats to annoy you. WhatsApp recently added a feature to customize and set avatar profile pictures for free. the avatar feature works similarly to Snapchat. First, you need to select the color (tone) of the skin, then select the hairstyle, hair color, and face style, and pose to select it to make the avatar attractive and interesting.

In WhatsApp, you need to go to "settings" and there you will see many options on the settings page. in the second option, you will have "Avatar Profile", then you can follow the first option above to set a WhatsApp avatar as your profile picture.

The word, WhatsApp is derived from two parts "what's up and up", which means what are you doing right now. What's up? You can add your current status on WhatsApp for selected contacts and all are saved in your phone book. The status allows you to share text, photo, video, and GIF updates that disappear after 24 hours and are also end-to-end encrypted. To send and receive status updates to and from your contacts, you and your contacts must have each other's phone numbers saved in your phone's address books.

WhatsApp recently redesigned the update state where the text alignment is selected from right to left. The maximum limit for text updates is 700 characters. The maximum supported video length is 30 seconds. but the text limit is now increased. You can also upload audio voice as a status update. WhatsApp recently announced that it added an option where it will post any URL on WhatsApp. WhatsApp will automatically detect the URL and the mark will appear underlined.

8. Send stickers and Emojis On WhatsApp 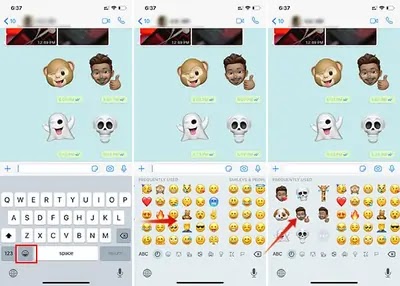 We have discussed today the top eight features of WhatsApp that make it more useful than other social media apps. These features are "Multiple devices, avatar profile picture, status updates, send stickers and emojis, privacy control, backup for chats, make free audio and video calls and send a voice message, share your live location" on the WhatsApp app.

We have also taught you step by step how to use these eight features of WhatsApp that make it superior to other applications available on the Internet for free. you can also learn and explore by yourself if you love to explore things.